This year, the prestigious Röntgen Prize was awarded by the Justus Liebig University Giessen (JLU) to the astrophysicist and science advocate for her groundbreaking research in X-ray astronomy. In the JLU’s academic ceremony on Friday, November 25, 2022, the prize, which is worth €15,000, was awarded to the Junior Research Group Leader of the Eberhard Karls University in Tübingen and Science Advocate of the ESA. The prize money is donated by Pfeiffer Vacuum and the Ludwig Schunk Foundation. The JLU has been awarding this prize since 1960, in memory of Nobel Prize winner Wilhelm Conrad Röntgen, who was a professor in Giessen from 1879 to 1888.

JLU’s assessment panel dubbed Dr. Victoria Grinberg “an outstanding junior researcher in the field of X-ray astronomy, who has enormous development potential”. Prof. Dr. Markus Thoma of the I. Institute of Experimental Physics at JLU added, on behalf of the panel: “She has already forged an internationally recognized leadership role for herself in the field of stellar winds of massive stars.”

Dr. Victoria Grinberg studied physics at the Ludwig Maximilians University in Munich and received a PhD in 2013 from the Dr. Karl Remeis-Observatory of the Erlangen-Nuremberg University. Her dissertation was concerned with black holes and, since then, she has focused on the investigation of stellar winds. So-called X-ray binaries play a large role here: Matter from a massive star is transferred via stellar winds to a compact star, such as a black hole, in whose accretion disk (a rotating disk that transports matter toward the center) the X-rays develop.

Dr. Victoria Grinberg investigated the variability of these X-ray sources based on observational data from X-ray satellites and obtained some interesting results concerning stellar winds, which are extremely important for the development of massive stars and X-ray binaries. Using numerical models, she demonstrated that the variability properties provide an insight into the structure of the winds. Dr. Victoria Grinberg was also able to investigate the ionization structure of the winds using X-ray spectroscopy. 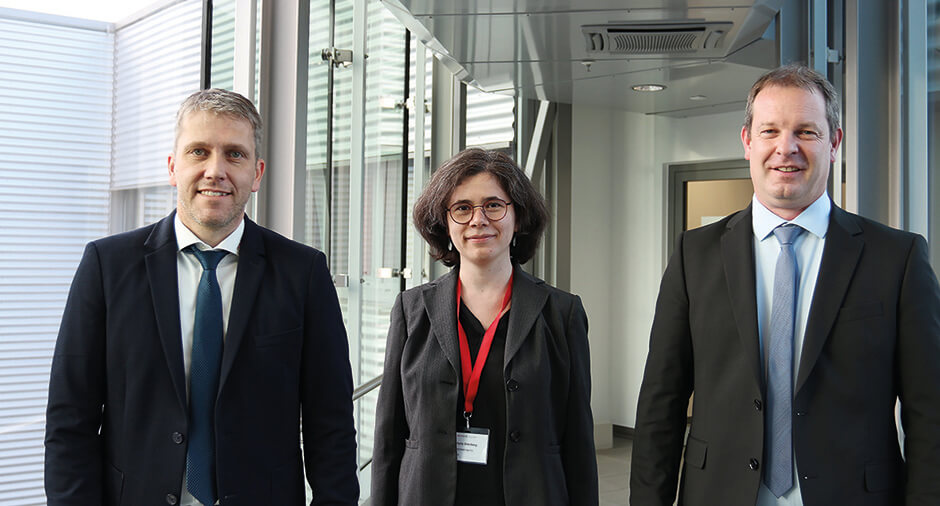 This groundbreaking research in X-ray astronomy was carried out by Dr. Victoria Grinberg herself, or by her research group under her leadership, and has already been published in 63 peer-reviewed papers. She was awarded a Margarete von Wrangell Habilitation Grant for Women for her research. In addition to her excellent scientific achievements, she has also excelled in the fields of teaching and science advocacy. She has also given numerous public presentations and improved the visibility of female scientists in the field of astronomy and astrophysics in German-speaking countries via Twitter, under the hashtag #Astrophysikerinnen.

“The support of young scientists in cutting-edge research is of great importance to Pfeiffer Vacuum. X-ray satellites are developed and tested in space simulation chambers. This happens in large vacuum recipients in which space conditions are simulated. We congratulate Dr. Victoria Grinberg and are pleased that vacuum technology continues to contribute to research”, said Daniel Sälzer, Managing Director of Pfeiffer Vacuum, at the award ceremony.